Here is a basic page layout with no sidebar

Micro credit is the extension of very small loans to impoverished borrowers who typically lack collateral, steady employment and a verifiable credit history.

Micro credit is part of micro finance, which provides a wider range of financial services, especially savings accounts, to the poor. Modern micro credit is generally considered to have originated with the Grameen Bank founded in Bangladesh in 1983. Many traditional banks subsequently introduced micro credit despite initial misgivings. The United Nations declared the International Year of Micro credit. As of 2012, micro credit is widely used in developing countries and is presented as having “enormous potential as a tool for poverty alleviation.

The origins of microcredit in its current practical incarnation can be linked to several organizations founded in Bangladesh, especially the Grameen Bank. The Grameen Bank, which is generally considered the first modern microcredit institution, was founded in 1983 by Muhammad Yunus. Yunus began the project in a small town called Jobra, using his own money to deliver small loans at low-interest rates to the rural poor. Grameen Bank was followed by organizations such as BRAC in 1972 and ASA in 1978. Microcredit reached Latin America with the establishment of PRODEM in Bolivia in 1986; a bank that later transformed into the for-profit BancoSol. Microcredit quickly became a popular tool for economic development, with hundreds of institutions emerging throughout the third world. Though the Grameen Bank was formed initially as a non-profit organization dependent upon government subsidies, it later became a corporate entity and was renamed Grameen II in 2002. Muhammad Yunus was awarded the Nobel Peace Prize in 2006 for his work providing microcredit services to the poor.

Indeed, Muhammad Yunus propagated the notion that every person has the potential to become an entrepreneur. The use of group-lending was motivated by Economics of scale, as the costs associated with monitoring loans and enforcing repayment are significantly lower when credit is distributed to groups rather than individuals.

Many times the loan to one participant in group-lending depends upon the successful repayment from another member, thus transferring repayment responsibility off of micro credit institutions to loan recipients.


Warning: Trying to access array offset on value of type bool in /home/royalceramic/public_html/wp-content/themes/Extra/includes/et-social-share.php on line 37 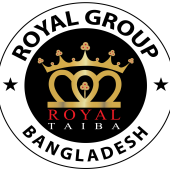